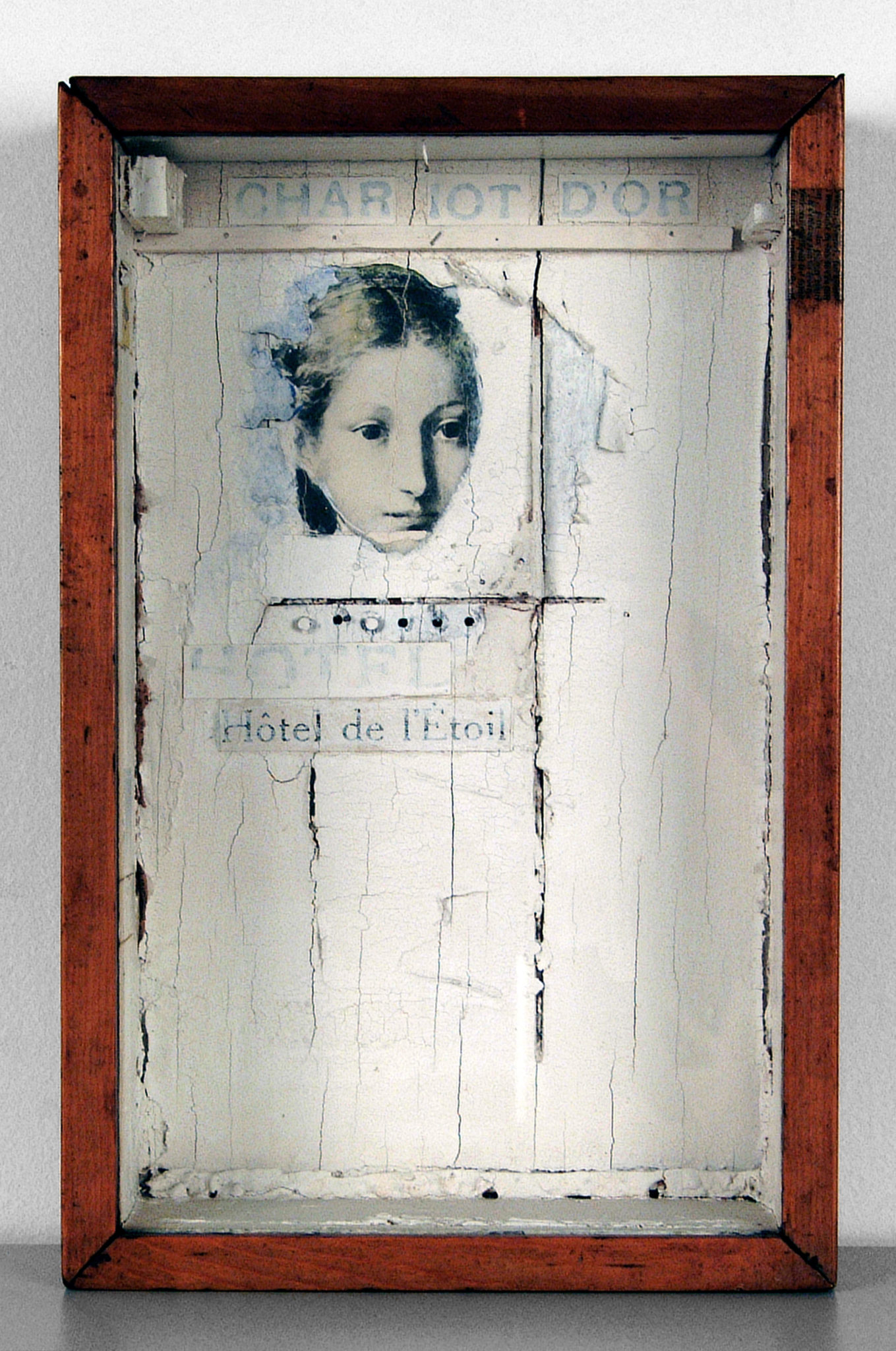 Joseph Cornell was born in Nyack, NY, and lived most of his life with his family in a small, wood-framed house on Utopia Parkway in Queens. In the early 1950s, Cornell began a series of works that explored the associations of grand hotels in Europe. Possibly sparked by his interest in the writer Hans Christian Andersen, who stayed at the Hotel du Nord and the Hotel d’Angleterre in Copenhagen for extended periods of time, this subject proved quite potent for Cornell, who never owned a passport.

Cornell, who brilliantly illuminated subjects across the disciplines of art, science, history, astronomy, and literature, would have been drawn to the celestial and worldly associations of Hôtel de l’Etoil(e), which translates from French to “hotel of the star.” This could have been a reference to an actual hotel or the name may just as easily appealed to Cornell for the open-ended potential for the word “hôtel,” which in French can mean anything from private home to inn.

The boxes were, for Cornell, both sculptural and clinical, intimate and illustrative, and he built this piece  to present different images—the face of an angel from Parmigianino’s Madonna of the Long Neck (1535), an inscription which reads CHAR IOT D’OR (golden chariot), and several stamps of butterflies, another intimation of lighthearted travel. Cornell’s practice of showcasing delicate vignettes in small, neat spaces that were suggestive, not explanatory, was influential to numerous future artists and filmmakers, from Robert Rauschenberg to Wes Anderson.