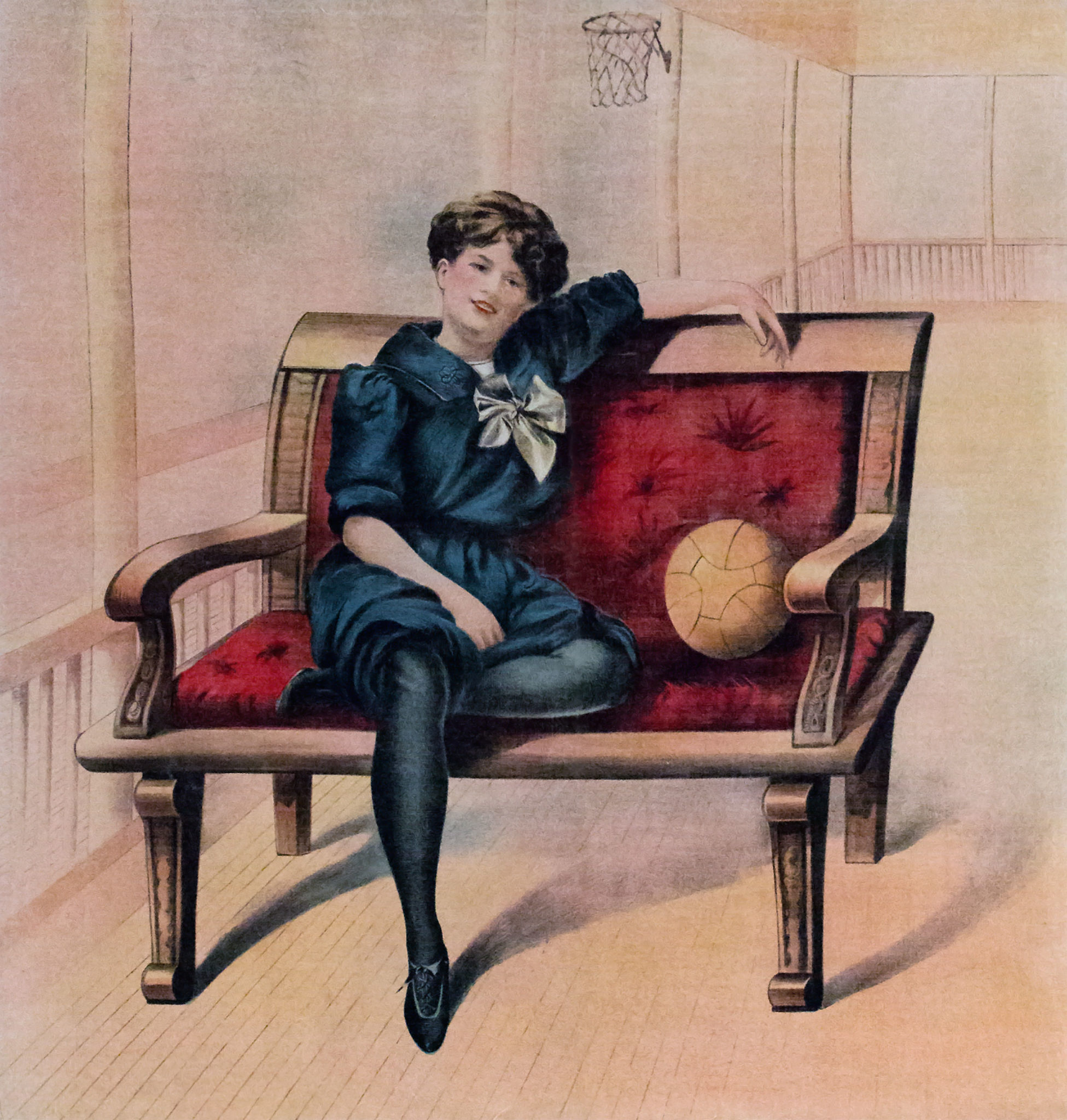 Women have played basketball since 1892, less than a year after the sport was invented. Senda Berenson Abbott (1868–1954), head of physical education at Smith College, introduced the sport there, and other women’s colleges and YWCAs were quick to adopt it. Berenson believed that “Basketball is the game above all others that has proved of the greatest value to [women]. It develops physical and moral courage, self-reliance and self-control, and the ability to meet success and defeat with dignity.”

Still, women’s basketball had its detractors. In 1897, The Sportsman’s Magazine criticized women for lacking speed, good passing, and accurate shooting. A member of Alpha Phi sorority said that basketball did not “cultivate a womanly dignity.” In fact, the casual pose of this player could have been considered risqué. The navy bloomers, blouse, and sensible shoes worn by this figure were standard attire for women participating in active sports. Today’s uniforms are much more colorful and practical, and college and professional teams draw enthusiastic crowds, year round, from coast to coast.

The full history of this rare textile remains elusive. Pillow tops were popular as premiums redeemable with numerous proofs of product purchase, often tobacco. Though we know S. M. Schwab Jr. & Co. printed this design, there is no indication of the artist or the company that placed the order. Most tobacco textiles are silk, not cotton, and feature montages of several images. However mysterious, the textile is of great historical interest for the technical quality of its printing, and especially for its subject matter.

Help us with our research: If you recognize the embroidered design on this woman’s collar, please contact curatorial@hrm.org.